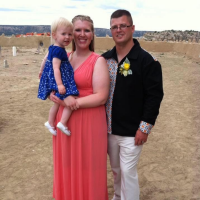 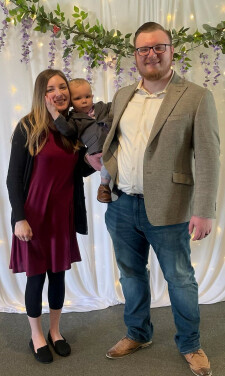 Hunter was born into a military family and grew up moving across the country.  His family finally settled in Mineral County, West Virginia in 2009. He attended the University of Valley Forge and graduated in 2018 with a Bachelor’s Degree in Youth and Family Studies.  After graduation, he married his wife Hailey in May 2018, they had their first son in August of 2020, and are expecting a daughter in November 2022. In his free time, Hunter enjoys spending time with his family, playing video games, working on computers, and playing guitar. 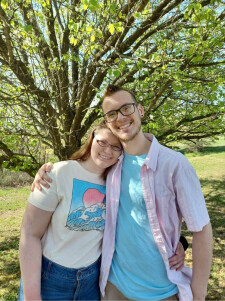 Gabrielle grew up in a homeschooling family. In high school, she realized she had a passion for working with kids, and decided to pursue an education degree. In 2016, she began this pursuit, meeting her husband, Jesse, in the process. She graduated from Hagerstown Community College with an Associate’s in Arts degree in 2019. She then transferred to Frostburg State University, where she began to attend Trinity. After getting married and having attended Trinity for about a year, she began to help out in youth group, and later Sunday School. When she was offered the position of Children’s Director and happily accepted. She enjoys creating art, crocheting, and rock music.