When my way isn't God's way

Pastor Rob Culler (Note: These are the pastor's notes, not a transcript.)

That proverb brings me to the next part of our series.

Let me refresh your memory about a portion of biblical history. The people of Israel made progress in settling the Promised Land until they met resistance. Instead of overcoming that resistance, they quit trying and settled for less than God had asked of them and promised them. In failing to persevere and face the resistance, they started down a slippery slope they could never have envisioned. When they met resistance, they said, “We can’t,” but God saw it for what it was, “we won’t.” They did most of what God told them to do, but not all of it. They did what they thought was enough, but it wasn’t.

The title of this series is “Without a King,” and we’re focusing on what happens to a society when everyone feels they can do whatever they want. We’re going to find out that such a society eventually devolves into chaos and anarchy.

Today, we’re looking at a passage from Judges chapter 2 that gives us a general overview of the situation. Instead of reading the entire section at once, I’ll stop along the way to see what we learn.

10 After that generation died, another generation grew up who did not acknowledge the Lord or remember the mighty things he had done for Israel.

14 This made the Lord burn with anger against Israel, so he handed them over to raiders who stole their possessions. He turned them over to their enemies all around, and they were no longer able to resist them. 15 Every time Israel went out to battle, the Lord fought against them, causing them to be defeated, just as he had warned. And the people were in great distress.

17 Yet Israel did not listen to the judges but prostituted themselves by worshiping other gods. How quickly they turned away from the path of their ancestors, who had walked in obedience to the Lord’s commands.

19 But when the judge died, the people returned to their corrupt ways, behaving worse than those who had lived before them. They went after other gods, serving and worshiping them. And they refused to give up their evil practices and stubborn ways.

So, what do we take from this? 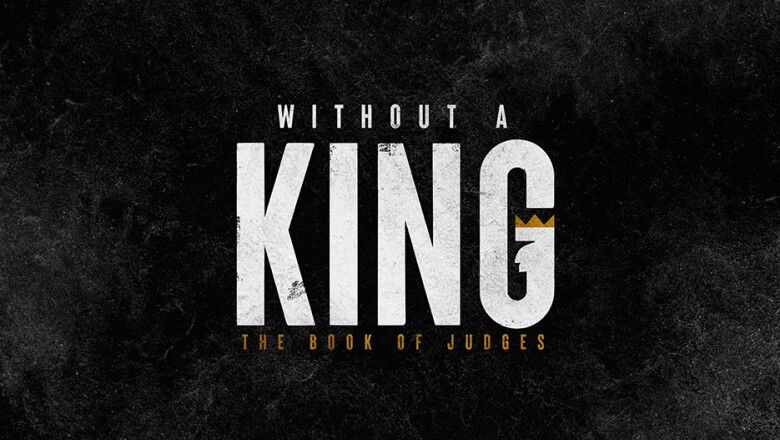 What happens to a society when everyone thinks they can do whatever they want? We'll look at this question as we take a 6-week survey of the Old Testament book of Judges.